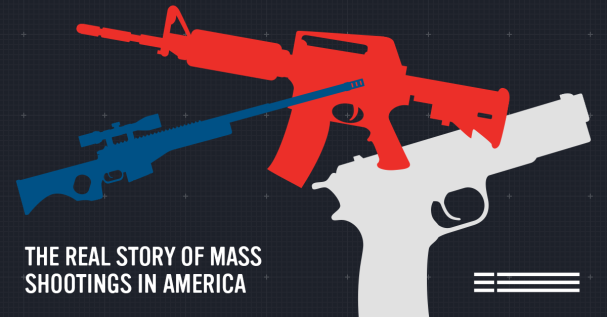 We need to figure this out urgently.

The study reaffirms that there is no useful demographic profile for active shooters. The vast majority were male (all but 4 of the 63), but that only narrows the pool down to approximately half of the US population. About two thirds were white. Others were black, Asian, Hispanic, Middle Eastern, and Native American. The shooters ranged in age from 12 to 88. The largest age group, nearly a third of all the attackers, was 40- to 49-year-olds.

The report also further validates several key findings from our long-running investigations into mass shootings at Mother Jones. The overwhelming majority of active shooters obtained their firearms legally, according to the new FBI study. (Six percent stole firearms, and just 2 percent purchased guns illegally.) A particularly striking data point here is that shooters in 40 percent of the cases purchased at least one weapon “legally and specifically for the purpose of perpetrating the attack.”