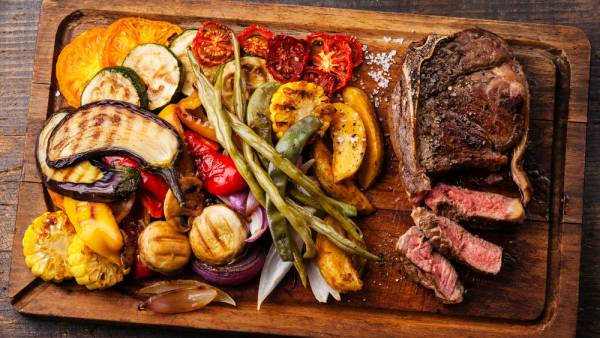 According to Wiki, “The Paleolithic diet (also called the paleo diet, caveman diet or stone-age diet) is based mainly on foods presumed to have been available to Paleolithic humans.” Today’s needull thinks this might be a myth.

Many paleoanthropologists today believe that increasing climate fluctuation through the Pleistocene sculpted our ancestors—whether their bodies, or their wit, or both—for the dietary flexibility that’s become a hallmark of humanity. The basic idea is that our ever-changing world winnowed out the pickier eaters among us. Nature has made us a versatile species, which is why we can find something to satiate us on nearly all of its myriad biospheric buffet tables. It’s also why we have been able to change the game, transition from forager to farmer, and really begin to consume our planet.

One thought on “The “True” Human Diet”