His true identity, which was revealed after his arrest at J.F.K. airport last November, isn’t Prince Khalid of Saudi Arabia, but Anthony Enrique Gignac, a Colombian orphan adopted by an American couple and transported to Michigan when he was six years old. Embarking on a life of crime and deception that spanned 30 years, he became an “epic con artist” for whom “no scheme is out of reach,” according to a U.S. attorney. His most recent scam involved allegedly duping 26 international investors out of $8 million, while simultaneously attempting to con Miami billionaire Jeffrey Soffer, the ex-husband of supermodel Elle Macpherson, into taking him on as a partner in the Fontainebleau hotel. Gignac initially pleaded guilty to both schemes—only to reverse himself at a hearing in July, where his attorney successfully argued for a trial by jury.

How do we take care of people who care for us?

Chang, one of Breen’s Central Park West mourners, had been working with her for several years when she brought up clinician burnout. An emergency physician with a doctorate in psychology, Chang regularly worked under Breen’s direction at the Allen Hospital. He also studies how stress plays out in hospital environments. Breen theorized that if groups of doctors, nurses, and technicians at the Allen worked together in consistent teams—instead of different permutations of coworkers for different cases—their well-being would improve. “Her personal belief was that we’re stronger together,” said Chang. When Breen implemented the team-based care plan in the ER, she worked with Chang and two other colleagues to study the outcome. Breen’s intuition was correct: Working together reduced burnout.

An interesting story of a heist – of a rare book, committed by college students.

By one o’clock that afternoon, the 227-year-old liberal-arts college was swarming with campus police, uniformed Lexington Police, plainclothes detectives, and forensic teams, as well as local news crews covering the developing “Transy Book Heist,” a crime that would one day be listed among the F.B.I.’s all-time most significant art-theft cases. From the facts that were available, it appeared that a team of four men, described as Caucasian, in their 20s, had stolen some of the most prized books and manuscripts in the university’s collection, and attacked a librarian in the process. The take could be more than $5 million. The thieves left no fingerprints behind, and there were almost no witnesses.

Bloomberg’s belated decision to run was motivated in large part by his growing alarm at Elizabeth Warren’s rise from the left. And Warren, trying to regain momentum, has been fast and loud in criticizing Bloomberg’s plans to spend tens of millions of dollars trying to make himself a legitimate candidate for the nomination. But Bloomberg—who is skipping the four February early-primary states to concentrate on Super Tuesday, on March 3, when 14 states vote—now needs to root for Warren or Bernie Sanders to emerge from Iowa, New Hampshire, South Carolina, and Nevada as the leader for the Democratic nomination. “That way, he can draw a cleaner contrast as the centrist, experienced job-creator,” says Matt Paul, a Democratic strategist who Bloomberg consulted last winter, when he was first weighing a bid. “That has to be Mike’s play. If it’s Biden or Pete [Buttigieg] in front coming into Super Tuesday, it gets much harder.”

Just finished watching Amanda Knox documentary on Netflix. We are always intrigued about true human stories specially when it is something which does not happen on a usual day. I found the documentary more revealing of the human society.

That extraordinary bit of monologue comes from Amanda Knox, a young, pretty American student who was studying in Perugia, Italy, and leading a carefree life abroad—until the morning in November 2007 when her British roommate, Meredith Kercher, was found in the house they shared, brutally slaughtered, her neck practically severed from her body. The beautiful Renaissance Italian town became, overnight—and in full view of a world panting for more and more details from the media—the venue of three major nightmares: the Kercher family’s, of course, and Amanda’s and Raffaele Sollecito’s, her Italian boyfriend, who were summarily arrested, convicted, and thrown in prison for four years for a murder neither committed, as I reported for Vanity Fair in 2008. 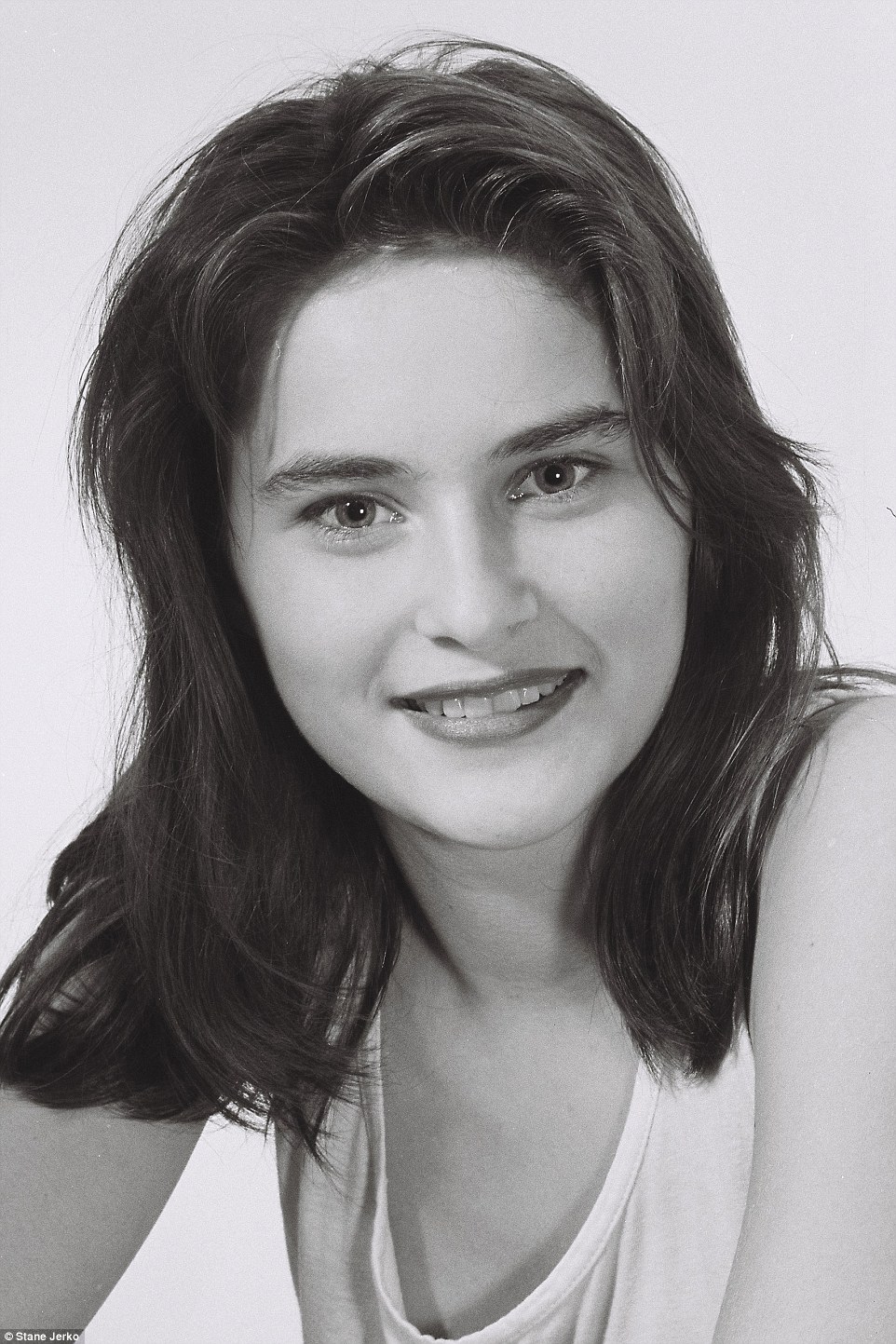 How a girl who wanted to make big in fashion world traveled from a sleepy town of Slovenia to the most coveted house on earth….How the most powerful man on earth needs her more than she needed him 20 years ago! Presenting Melania Trump…..

The union made perfect sense for Donald too. After demanding Ivana and needy Marla, Melania would be the perfect mate, one who would be an advertisement for his virility while giving him his “space.” Federico Pignatelli, a longtime Trump friend and business associate, who founded the fashion studio Pier 59, says, “Ivana was an intelligent, entrepreneurial woman. Also a very strong-minded person and very feisty. While instead, Melania . . . really no fights.” For her part, Melania would get a luxurious home where she could indulge her hobbies—Pilates and reading fashion magazines, according to People—in peace, and a promise that she would never have to return to drab Eastern-European prospects. Donald accompanied Melania to her homeland once. “I was there for about 13 minutes,” he later said to Larry King with Melania by his side. “We landed. I said, Hi, Mom. Hi, Dad. Bye.” Eventually Trump brought her family over to New York (where her parents now live for most of the year), allowing her to cut ties with the Old Country.

This needull is dedicated to the charm of the old movie posters. I would literally walk up a kilometer to take a look at new movie posters every Friday in the small town that I lived in.

The McGinnis Woman is a mix of Greek goddess and man-eating Ursula Andress. While today she might be interpreted as a sex object or adornment, she was conceived, in her day, to represent the empowered woman. In fact, the McGinnis Woman possesses a whirling narrative force all her own, a perfumed cyclone of sexuality, savvy, mystery, and danger. She also sells books—lots and lots of books. “The McGinnis Woman was impossibly tall, impossibly beautiful, slightly aloof, and unattainable,” in the words of Charles Ardai, the editor in chief of Hard Case Crime, a publisher of noir fiction, who still hires McGinnis to illustrate his covers. “When Bob was doing the Brett Halliday series, back in the late 50s and early 60s,” adds filmmaker Paul Jilbert, who directed the McGinnis documentary, “they were offshoots of the men’s magazines: the bare-chested men with the women behind them, cowering in the corner. What Bob did was to bring the women into the foreground—put them out in front of the guy, and made them much more powerful, sophisticated, intelligent. You just didn’t see that in other covers.”

Today’s needull is a detailed story on the rise and fall of Elizabeth Holmes, the founder of Theranos. Reading success stories of people like Elon Musk inspires us. But, there is a feeling of disappointment at ourselves on why we could not achieve as much. Conversely, reading about the fall of some previously successful figure gives us that guilty pleasure – they were not that different from us after all. Schadenfreude.

Forbes, clearly embarrassed by its cover story, removed Holmes from its list of “America’s Richest Self-Made Women.” A year earlier, it had estimated her wealth at $4.5 billion. “Today, Forbes is lowering our estimate of her net worth to nothing,” the editors wrote. Fortune had its mea culpa, with the author stating boldly that “Theranos misled me.” Director Adam McKay, fresh off his Oscar for The Big Short, has even signed on to make a movie based on Holmes, tentatively titled Bad Blood. (On the bright side for Holmes, Jennifer Lawrence is attached as the lead.)

This is the most interesting and inspiring story that I have come across in a long time.

Separated from his older brother at a train station, five-year-old Saroo Munshi Khan found himself lost in the slums of Calcutta. Nearly 20 years later, living in Australia, he began a painstaking search for his birth home, using ingenuity, hazy memories, and Google Earth.