For Trump, one advantage of Soleimani’s assassination is that the Iranians will be more cautious about launching limited attacks on the US and its allies, though this isn’t to say that they will cease altogether. Iran cannot permanently de-escalate as long as sanctions continue. The intensity and length of the crisis means that accid­ents are likely to happen, as demonstrat­ed by what appears to have been the un­intentional shooting down of a Ukrain­ian passenger plane. At the same time, Trump and his administration are peculiarly ill-equipped to judge the likely outcome of any escalation of the conflict, or predict how the Iranians are likely to respond. This makes blundering into war a more than usually likely outcome. Iran has drawn the greater profit from the crisis so far, since Soleimani’s death goes some way to re-energising the nationalist and religious credentials of the regime: Trump’s policy of ‘maximum pressure’ and economic sanct­ions is now less likely to force Tehran to negotiate what would amount in effect to a capitulation. In Iraq, it is too early to say whether the demand for revolutionary reform expressed in mass street protests will be marginalised or capsized by the crisis, but it will certainly be weakened, perhaps permanently.

But the core of the matter now is what leads a former director of the CIA not only to call the president of the United States “treasonous” and ‘imbecilic” but to say he “rises to and exceeds the threshold of ‘high crimes & misdemeanors.’” Whenever asked a straight question about his relationship to Putin and Putin’s cronies, Trump has ducked, scammed, and systematically obscured the findings of God knows how many professional investigators and investigative reporters. Is it not time that when faced with these facts, journalists stop asking fatuous questions? Should they not adopt, as a working hypothesis going in, the assumption that his lies and evasions are clear hints of what drives him? 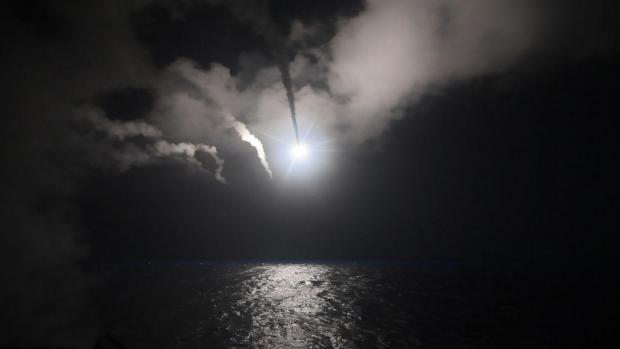 It is difficult to make sense of any of the geo-conflicts that are happening around the globe. Every article seems to be with its own agenda. Here is a piece from Politico.

Dragging the U.S. into another conflict in the region is a dream scenario for the Kremlin. Brinkmanship is where Putin has always excelled. He has faced far worse dilemmas than many of his Western colleagues — home-grown terrorism or the Chechen war, for example — and is far more confident. He is also way more cynical.

Trump being paraded as the Kremlin’s friend was deeply awkward for the Kremlin. The political regime in Russia is existentially dependent on the U.S. being openly hostile to it. In the aftermath of Russia’s occupation of Crimea, Putin’s approval rating soared from just over 60 percent to almost 90 percent, but support has started to evaporate since. In recent weeks, Russians have visibly warmed to the idea of street protests and opposition leader Alexei Navalny. On the eve of presidential elections in 2018, this is a big problem for the Kremlin. This conflict could be the ideal way to shore up domestic support. 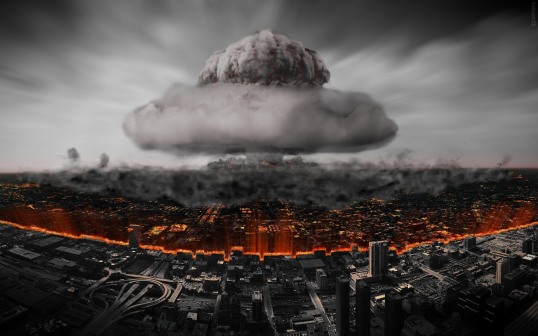 Today’s needull was written in July of this year. Reading it again made more sense. Although, it paints a gloomy picture of the near future, the writer does believe that humanity moves on.

So zooming out, we humans have a habit of going into phases of mass destruction, generally self imposed to some extent or another. This handy list shows all the wars over time. Wars are actually the norm for humans, but every now and then something big comes along. I am interested in the Black Death, which devastated Europe. The opening of Boccaccio’s Decameron describes Florence in the grips of the Plague. It is as beyond imagination as the Somme, Hiroshima, or the Holocaust. I mean, you quite literally can’t put yourself there and imagine what it was like. For those in the midst of the Plague it must have felt like the end of the world.

The fears that the Frankfurt school had after the second world war did not materialize then. But, Alex Rose argues in today’s needull, they are coming true with Trump’s rise to POTUS:

The fears of Mann, Adorno, and other émigrés came to naught—or so it seemed. The McCarthyite danger passed; civil rights advanced; free speech triumphed; liberal democracy spread around the world. By the end of the century, the Frankfurt School was seen in many quarters as an artifact of intellectual kitsch. In recent years, though, its stock has risen once again. As Stuart Jeffries points out in his recent book, “Grand Hotel Abyss: The Lives of the Frankfurt School,” the ongoing international crisis of capitalism and liberal democracy has prompted a resurgence of interest in the body of work known as critical theory. The combination of economic inequality and pop-cultural frivolity is precisely the scenario Adorno and others had in mind: mass distraction masking élite domination.

Alex Ross at the New Yorker

I don’t know if Trump’s election is good or bad but it is a disruptive change in the establishment for sure. Similar thing happened in India when the old elite were forced out in the last election. After years of risk averse voting, looks like people are willing to take the risk.

Trump’s challenge to the status quo isn’t the revolutionary variety that’s about lifting up the poor and bringing down the rich. His tax cuts would reinforce the economic power structure by giving the biggest benefits to his fellow billionaires. The elites that his supporters detest are the kind of city-dwelling Ivy Leaguers tightly linked to lobbying firms and banks, who have become fixtures among the capital’s circle of influencers since the early 1990s. Some of the most resented elites are the latest to join—“the new ‘pretenders’ in the cosmopolitan elite such as professional women and people of color,” Karen Hult, a political scientist at Virginia Tech, wrote in an e-mail.