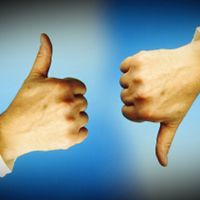 What has changed with critics of music?

No one needs a lecture on the nature of social media. We know that reading for tone is difficult, nuance is rare, and the tendency to hyperbole… is very strong. As the professional critic goes the way of the dragon slayer—the entire online world has gleefully stepped in to lance whatever is available, be it windmill, boil, or, too often the case, princess. I don’t begrudge the democratization. Having a tempestuous relationships with professional critics, from the days of rolling my eyes at Rolling Stone’s four star Mick Jagger reviews and criminal inattention to the Western Mass Hardcore scene all the way to being told (correctly) that I couldn’t sing by Time Out New York, it’s not a class I’m inclined to romanticize. And the ability to click a button and hear or watch the music or film the music or movie discussed renders all but the most astute critic largely irrelevant. People now read critics largely for pleasure and take what they want from it and I think that’s fine.