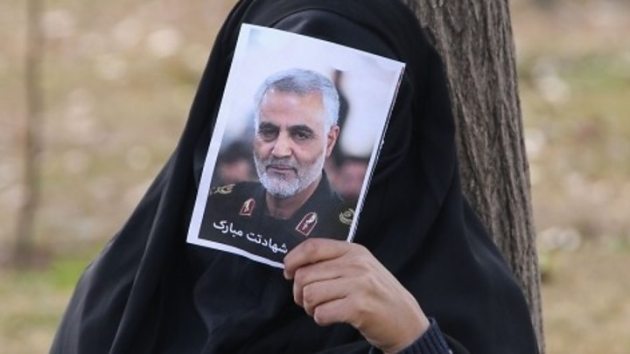 An old profile of Suleimani.

The prominence the soft-spoken Suleimani has achieved is especially striking given his origins. Born into poverty in the mountains of eastern Iran, he displayed remarkable tenacity at an early age. When his father was unable to pay a debt, the 13-year-old Suleimani worked to pay it off himself. He spent his free time lifting weights and attending sermons given by a protégé of Iran’s current supreme leader, Ayatollah Ali Khamenei. He was enamored with the Iranian revolution as a young man. In 1979, at only 22, Suleimani began his ascent through the Iranian military, reportedly receiving just six weeks of tactical training before seeing combat for the first time in Iran’s West Azerbaijan province. But he is truly a child of the Iran-Iraq War, which began the next year.  He emerged from the bloody conflict a hero for the missions he led across Iraq’s border—but more important, he emerged as a confident, proven leader.

The Islamic regime’s persistent fear of an outside aggressor and its direct military involvement in Syria and Iraq, and proxy actions elsewhere, have contributed to making threat and counter-threat, as well as mutual distrust, the defining patterns in the Islamic Republic’s international relations. The memory of foreign interventions and the hostility of the international community have instilled in the ruling cluster a siege mentality and sense of paranoia. Indeed, the regime’s internal and external defensive measures have aimed primarily to guard against the threat of history repeating itself in another foreign-backed coup or military intervention, similar to the one in 1953. Its regional policy adventures—either directly or indirectly—have been in pursuit of an iron-clad resistance to political dissent at home and impenetrable national security and foreign policy posture.