Each of these men, like all Black father figures, fights against the still pervasive stereotype of the absent Black father. It’s a notion that gained currency in the 1960s as the political advancements of the civil rights movement failed to translate into economic and social progress for everyday Black Americans, and social science research turned away from structural explanations for inequality toward a search for behavioral causes. In 1965, Daniel Patrick Moynihan, then an assistant secretary of labor, delivered a report to the Johnson White House, The Negro Family: The Case for National Action, arguing that the plight of Black American communities was in decline due to a simple factor: the crumbling of the family unit and, in particular, children being raised in fatherless homes.

Tons of products and treatments in the wellness category seek to treat stress and inflammation with everything from relaxing massage to acupuncture to restrictive anti-inflammatory diets. But in doing so, it’s easy to fall into fear-based marketing. What happens when I can’t follow a restrictive anti-inflammatory diet? Once, when I asked a paragon of alternative health this very question, she shrugged, “You don’t really have a choice.” Cortisol shot up my spine like a geyser. 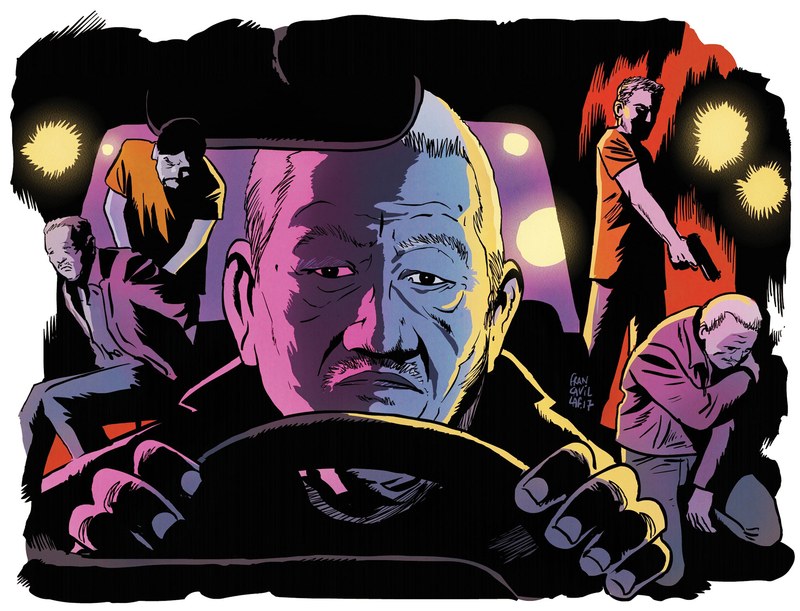 This is the story of a man who gets drawn into a dangerous crime and what happens to him. A good long read.

Over the past couple of days, Duong had seemed to take an interest in Ma’s well-being. But Ma was leery, all too aware that it was Duong who had been the first to point the gun at him. For all Ma knew, Duong was playing an angle the other inmates didn’t see. As always in the States, the hardest people for Ma to read were his fellow Vietnamese.

He had felt wronged by them so often in his life. When Ma had landed in California in 1992, with a wife and four kids, he’d struggled. The war and his time in the labor camp had placed him nearly two decades behind the first wave of immigrants who’d left Vietnam for the U.S. after the war. For years he took menial jobs, and he would later say that his siblings—dentists and pharmacists and white-collar success stories—who had arrived earlier, made him feel ashamed of the life he had made.

There is some merit in just sitting around and chatting with friends on all kinds of stuff. Bengalis have a name for this – Adda. Today’s needull goes down the nostalgia lane.

There’s something casual and ever so slightly illicit about a real adda. It’s time that is stolen from respectable income-inducing activity, stolen for the sheer pleasure of idle conversation that at its best has no purpose, no limit and no definition. To be an adda worth its salt,  it must not be designed to have any redeeming quality at all. It is the long meandering road to the meaning of life.

In Kolkata, adda was inescapable. Our house had a front porch, just a few concrete steps, a rowak as we called it. Across the street was a tea shop, a shabby one but a local legend. Raj Kapoor, we were told, liked its tea. As did Uttam Kumar. The tea  was brewed strong, the toast thick  and crusty and in the evening it sold mutton stew and chicken roast by the quarter plate. But its greatest draw  was always the adda that buzzed around it.

This needull looks at what happened when Jason Dalton, a driver with Uber went on a killing spree. Everyone tries find motive when a mass shooting happens. Till the time a clear reason is identified, it bugs everyone. This is one such shooting where the motivation of the killer is difficult to decipher.

On a Saturday evening in February, a 45-year-old Uber driver and father of two named Jason Dalton got into his car, left his home near Kalamazoo, Michigan, and began shooting people. But the strangest, most unfathomable thing about the night that Dalton killed and killed again is what he did in between.