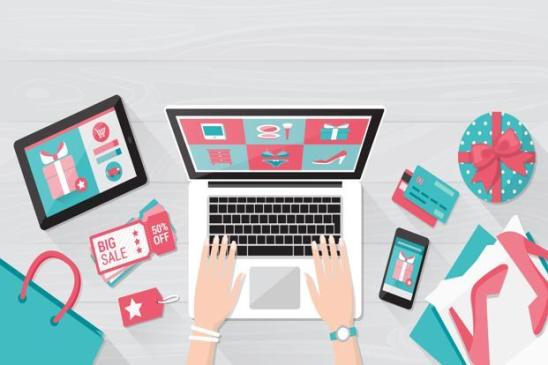 We have become an active consumer all through the day thanks to technology.

In light of Amazon’s all-encompassing ambitions, the strategy behind several of the company’s most important product initiatives — Alexa, Amazon Prime, physical retail stores (including Amazon Go and Whole Foods), and Amazon Key — becomes clearer. These products seek to redefine what being a customer means by immersing us more completely within the Amazon universe. Formerly, being a customer was a role one assumed upon physically entering a store or ordering something from a company. Amazon promises to create a newer type of environment, a hybrid of the digital and the physical, that lets us permanently inhabit that role: the world as Everything Store, which we’re always inside. 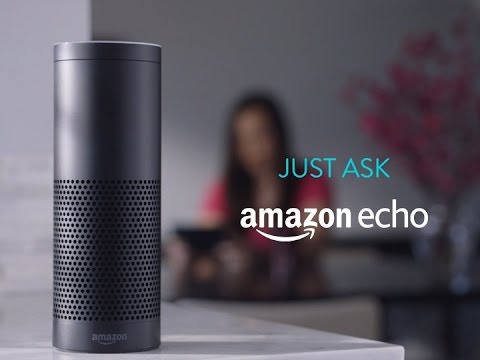 How much does Alexa know about you based on your data?

NICOLE: Alexa, am I gay?

ALEXA: If you are, you’ll find that you’re primarily attracted to people of your own sex. You might consider connecting with a resource like PFLAG, which offers multiple resources and programs for LGBTQ individuals and their families. Their website is pflag.org.

So either PFLAG is an Amazon sponsor or the people at Amazon have figured out how to avoid questions about sexuality (a skill I learned when I was 14). 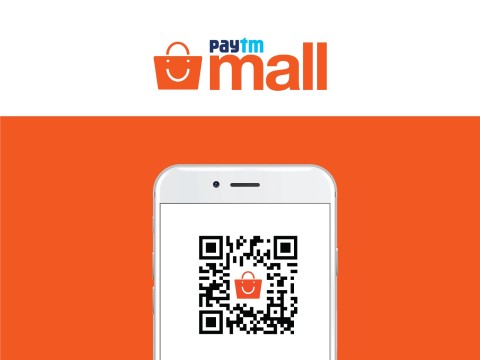 Alibaba has earmarked $2 billion for Paytm Mall. SoftBank will put in additional money. Paytm Mall will suddenly be flush with cash like its larger rivals. Flipkart has got a $6 billion war chest, and Amazon has $2.5 billion left from Jeff Bezos’ announced commitment to the India market.

With all the money Paytm Mall has, Alibaba plans to make it a price warrior. “Product prices will be about 20-25% cheaper than what Amazon and Flipkart sell them for,” said the first executive. “With deep pockets we will win… In China, too, we offered the products at 25% cheaper than what competitors’ prices. That was the reason for our success.” 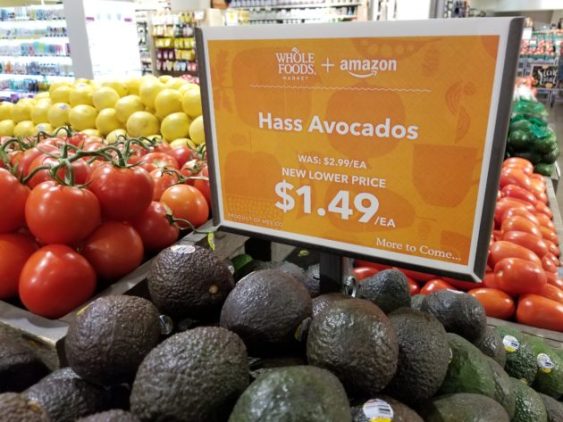 So, what is Amazon doing with Whole Foods.

But it would be a bigger mistake to analyze Thursday’s news in a vacuum, because this announcement is bigger than heirloom tomatoes and two-hour delivery windows. In the broader context of Amazon’s ambitions—to build an operating system for the home, to expand into pharmacies and health care, to become a hit-making television production studio—this is the logical next step in turning Prime into the ultimate “life bundle,” a single membership program to bind consumers to every possible commercial need. As Amazon extends into more product areas, it can own both the search platform and the product, so that when a dad says to the smart speaker on his counter, “Alexa, I need brown rice and pork,” the product that arrives is an Amazon-branded box containing Amazon–Whole Foods–branded rice and pork. 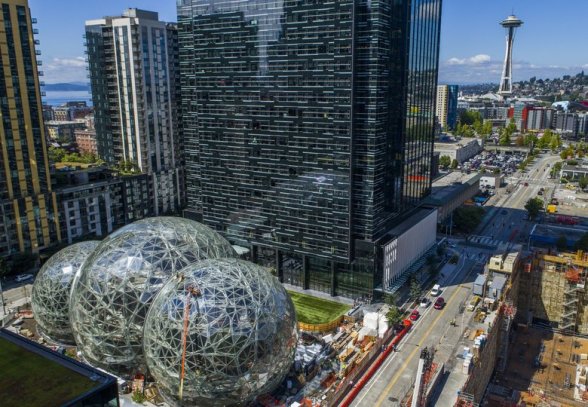 The article tries to bring issues from both the sides. Interesting read.

But now we know that, despite the millions that have flowed to local governments in the Seattle area from Amazon, that money isn’t believed to be enough to pay for all the problems the company’s growth caused. Constantine is saying Seattle will need much more of it if we want a chance to solve our housing shortage and public transit crisis. And that’s not happening: Since a senior Amazon executive told a tech conference that the Seattle region had a snowball’s chance in hell of winning HQ2, we’re going to have to admit that it’s really time to wean ourselves off our Amazon addiction. 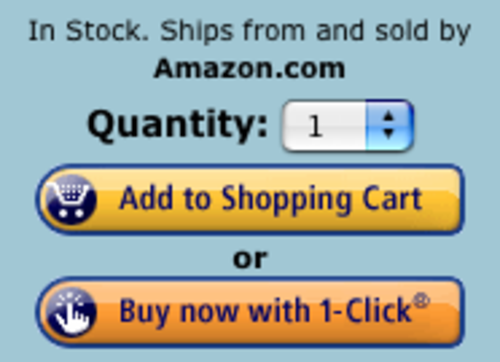 The 1-Click technology will be remembered as “a very important event in the history of e-commerce,” said Hosanagar. “First, it was a very simple and intuitive system and generated a lot of controversy — could something so simple and obvious be patented? Second, it became an important part of the experience that Amazon offered and became a flag bearer for the convenient shopping experience that Amazon came to be known for. And finally, it showed how e-commerce was as much about technology and data as it was about retail.” 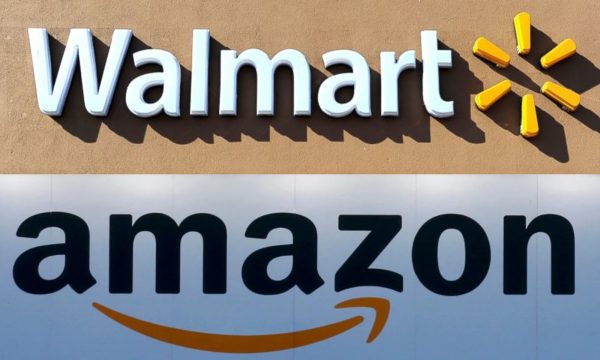 Are we going to witness a head-on clash of the two titans in the coming years? It is interesting to see Walmart buying online retailers and Amazon buying brick and mortar retail chain and in the process each becoming more similar to the other. But in my view Amazon has a big advantage over Walmart – Jeff Bezos.

But Wind thinks Walmart’s tactics are “a little confusing and a little late” as it tries to catch up with online merchants. However, he notes that with its scale and track record of success, the discounter will eventually become digitally savvy even if it takes longer than expected. Meanwhile, Amazon could bungle the integration of Whole Foods by making changes too quickly and not paying enough heed to cultural differences, Dahlhoff says. Adds Lodish: “I’m not sure how much experience Amazon has in running a big operation like Whole Foods that’s got a lot of logistics that are not in warehouses but are on shelves.”

At least, Amazon can afford the $13.7 billion price tag for Whole Foods — last year’s free cash flow alone was $9.7 billion. And Wall Street will likely give Amazon some room to run because it has a proven business model and an innovative and aggressive CEO. “The market has been giving Jeff Bezos a lot of room to do what he feels is in the long-term best interest [of the company] and they’re not punishing him if he has short-term uses for his capital that don’t go to the bottom line right away,” Lodish says.

Sharing this needull as anything Amazon does is going to have some impact in our lives. And this is the biggest acquisition by Amazon.

Of course, buying Whole Foods doesn’t help Amazon reach the rural areas where Walmart rules. “Amazon is stronger in bigger cities, and the map of Whole Foods locations shows it is closer to these cities,” says Goldberg. Still, you can see the Whole Foods deal being the first step in a larger plan. “If this strategy proves out for Amazon, you could well imagine it could be opening a bunch more stores or doing more acquisitions just to cover the US,” says Goldberg. “And you could imagine it might have similar plays that it’s evaluating in other markets.” 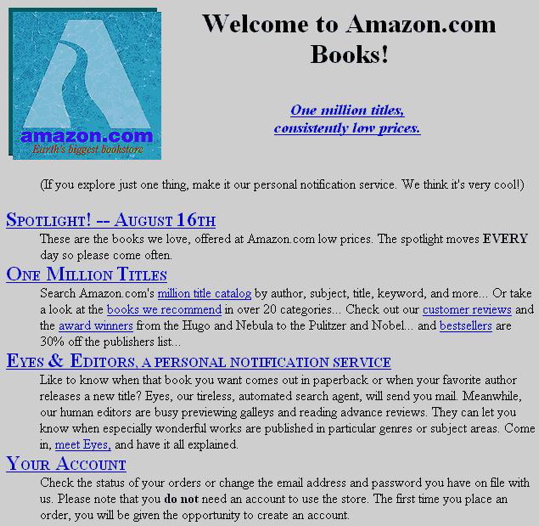 Now, that Amazon has become such a behemoth, it is intriguing to look at its roots. Today’s needull is an interesting conversation with Shel Kaphan, Amazon’s first employee. Reading the conversation I could think of only one thing – If we had just a little power to see the future, how different our key decisions would have been?

During that time we were just a bookstore, so it didn’t seem to me there was a lot of steering to be done. That said, I don’t know all the things that Jeff might have been doing that I wasn’t aware of at the time. If I think back, I can’t even clearly picture what it was that he was actually doing. He wasn’t working on any of the technical stuff. We never even had a written business plan that I know of.