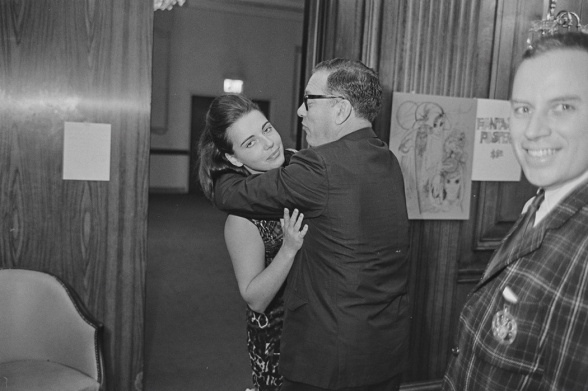 After the war, his reputation as a groper became a running joke among science fiction fans. The writer and editor Judith Merril recalled that Asimov was known in the 1940s as “the man with a hundred hands,” and that he “apparently felt obliged to leer, ogle, pat, and proposition as an act of sociability.” Asimov, in turn, described Merril as “the kind of girl who, when her rear end was patted by a man, patted the rear end of the patter,” although she remembered the episode rather differently: “The third or fourth time his hand patted my rear end, I reached out to clutch his crotch.”