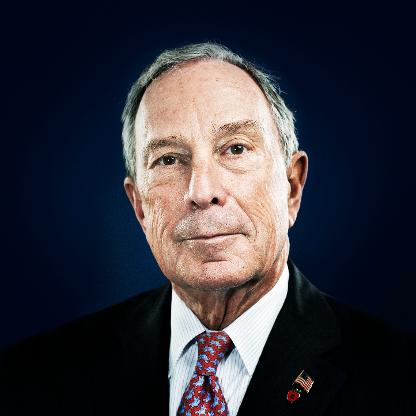 Bloomberg’s belated decision to run was motivated in large part by his growing alarm at Elizabeth Warren’s rise from the left. And Warren, trying to regain momentum, has been fast and loud in criticizing Bloomberg’s plans to spend tens of millions of dollars trying to make himself a legitimate candidate for the nomination. But Bloomberg—who is skipping the four February early-primary states to concentrate on Super Tuesday, on March 3, when 14 states vote—now needs to root for Warren or Bernie Sanders to emerge from Iowa, New Hampshire, South Carolina, and Nevada as the leader for the Democratic nomination. “That way, he can draw a cleaner contrast as the centrist, experienced job-creator,” says Matt Paul, a Democratic strategist who Bloomberg consulted last winter, when he was first weighing a bid. “That has to be Mike’s play. If it’s Biden or Pete [Buttigieg] in front coming into Super Tuesday, it gets much harder.”