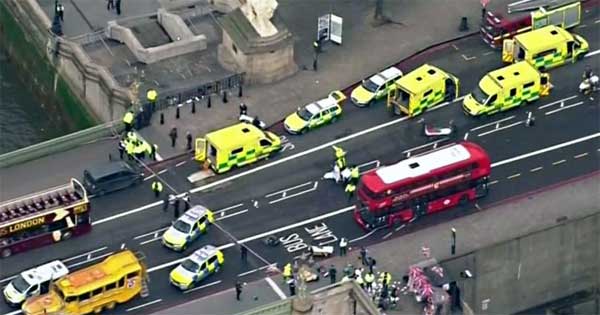 Sometimes you find your angel in the worst moments of your life. Goodness and evil always balance each other out.

“It’s amazing how our friendship came out of something so horrific and terrible,” Will says.

“We wouldn’t ordinarily have crossed paths. We’re different ages, have different professions and live and work in different areas.”

It’s a year later and he’s sitting with Cristina at the back of a busy brasserie in Soho. The sun is streaming through the windows and on the street outside office workers are mingling and sipping their first post-work pints.

Both have just come from work – Will, 25, from his job rejuvenating the area around Baker Street and Cristina, 34, from a meeting with an advertising firm. While Will grew up in London, Cristina moved to the city from Portugal 12 years ago.

It was an act of terror by Khalid Masood that brought them to the same place at the same time. On 22 March 2017, he drove a hired car into dozens of pedestrians on Westminster Bridge and stabbed to death an unarmed police officer, before being shot and killed himself.