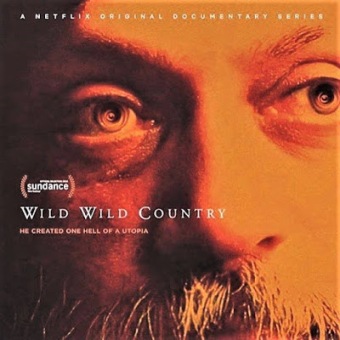 The other side of the story.

Yet by framing Rajneeshpuram as a “sex cult” without this historical context, Wild Wild Country elides the fact that plenty of middle-class Indians had the same reaction to the “sex cult” as did citizens of Antelope. Not only that, we also miss out on a crucial irony: that India’s first godless and capitalist guru merely claimed to be a religious teacher for U.S. immigration purposes. Even worse, Wild Wild Countryremoves the capitalist-elitist substrate of the “material spirituality” Rajneesh espoused. Always a smooth operator, Rajneesh tracked his newspaper and magazine coverage, and though his lectures were designed to outrage the Indian masses (in order to ramp up publicity), he often appealed to elite venues such as the Rotary Club and the “cocktail circuit” of Mumbai.