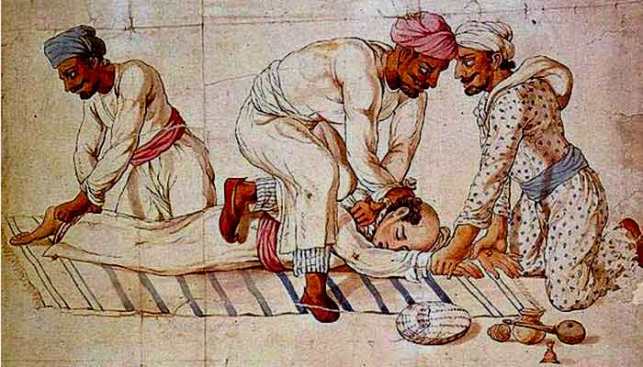 A movie called “Thugs of Hindostan” is currently under production. Found this interesting needull about the thuggee cult that existed in India. A cult of killers and criminals who existed for centuries in India.

For the members of Thuggee, murder was both a way of life and a religious duty. They believed their killings were a means of worshiping the Hindu goddess Kali, who was honored at each stage of the murder by a vast and complex system of rituals and superstitions. Thugs were guided to their victims by omens observed in nature, and once the deed was done, the graves and bodies were prepared according to strict ceremonies. A sacrificial rite would be conducted after the burial involving the consecration of sugar and of the sacred pickax, the tool the brotherhood believed was given to them by Kali to dig the graves of their prey. Thugs were certainly not above robbing their victims, but traditionally a portion of the spoils would be set aside for the goddess.