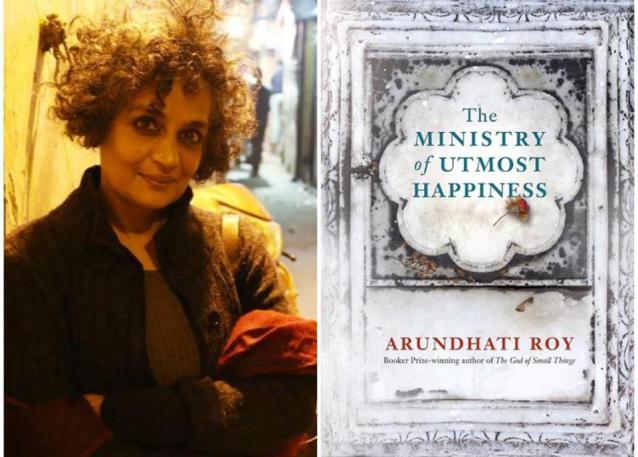 Arundhati Roy’s first novel “The God of Small Things” won her much acclaim and of course Booker. Now after 20 years comes her second novel, The Ministry of Utmost Happiness. In the last 20 years, lot has happened. Arundhati Roy, with her political essays and activism has become someone about whom people in India have extreme opinions, good or bad. Today’s needull is an extract from her new novel published in The Guardian.

Is it possible for a mother to be terrified of her own baby? Jahanara Begum was. Her first reaction was to feel her heart constrict and her bones turn to ash. Her second reaction was to take another look to make sure she was not mistaken. Her third reaction was to recoil from what she had created while her bowels convulsed and a thin stream of shit ran down her legs. Her fourth reaction was to contemplate killing herself and her child. Her fifth reaction was to pick her baby up and hold him close while she fell through a crack between the world she knew and worlds she did not know existed. There, in the abyss, spinning through the darkness, everything she had been sure of until then, every single thing, from the smallest to the biggest, ceased to make sense to her. In Urdu, the only language she knew, all things, not just living things but all things – carpets, clothes, books, pens, musical instruments – had a gender. Everything was either masculine or feminine, man or woman. Everything except her baby. Yes of course she knew there was a word for those like him – Hijra. Two words actually, Hijra and Kinnar. But two words do not make a language.