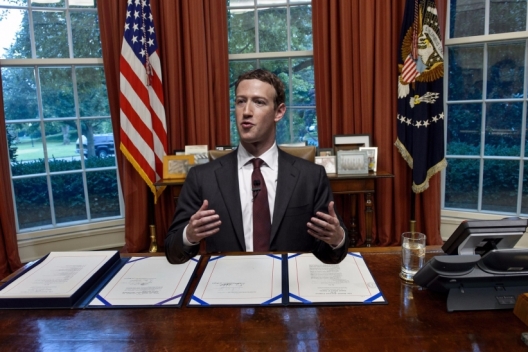 With Donald Trump becoming the President of the US, possibilities have opened for many other super rich public figures. Mark Zuckerberg apparently has set his sights on the presidency. Today’s needull discusses how Zuckerberg’s image is carefully controlled.

While plenty of chief executive officers have image managers, the scale of this team is something different. So is its conflation of Zuckerberg’s personal image with that of his company, the diaper-changing photos next to the user growth stats. “I don’t know that there are a lot of other business leaders that would find the same level of comfort sharing their personal and business stuff in the way that he does,” says Fred Cook, director of the University of Southern California Center for Public Relations, who has worked with Jeff Bezos and Steve Jobs.