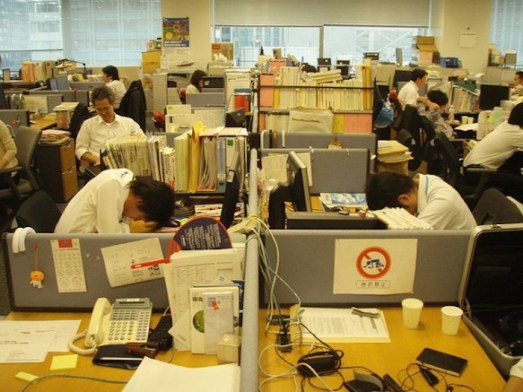 There has been lot of news coverage on people dying in Japan due to overwork. Today’s needull discusses how Japan is dealing with the problem. With modern societies becoming more and more individualistic, many people are finding some meaning only in their work.

The harm from long working hours goes beyond stress, psychiatric issues and health problems. Overwork might also be a factor behind the country’s low productivity. Stanford economist John Pencavel has shown that if people work more than 60 hours a week, their output flatlines or even declines. Putting in long hours might convince your boss that you’re a diligent employee, but after a point it becomes self-defeating.